Central Board of Secondary Education (CBSE) may issue notification for the Central Teacher Eligibility Test (CTET) in March. According to reports in the media, the CTET 2018 exam may be held in May or June this year. Significantly, CBSE is going to organize this examination after two years. According to board officials, the main reason for the delays in the conduct of CTET exam is the change in its syllabus. Its syllabus was changed in comparison to earlier.

Central Board of Secondary Education (CBSE), the Central Teachers’ Eligibility Test (CTET) can issue notification in the coming March. According to the news of Hindustan Times, the CBSE will hold this examination in May this year. The CTET is one of the important responsibilities of the Ministry of Education of the Government of India. The CTET Exam has not been conducted for the past two years. According to the news, a senior CBSE official said that the course is changing due to which the examination is delaying. 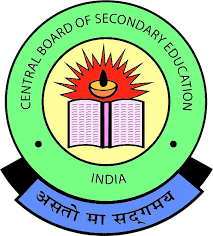 According to the news, the official also told that the notification will be issued in March and the exam will be held at the end of May or at the beginning of the month of June. It is mandatory to pass a Teacher’s Agility Test (TET) to become a teacher. Apart from the Center, various state governments also organize these examinations. These examinations were made to ensure minimum qualification of teachers from class I to VIII. You can Download CBSE CTET Online Notice Here in this Page.